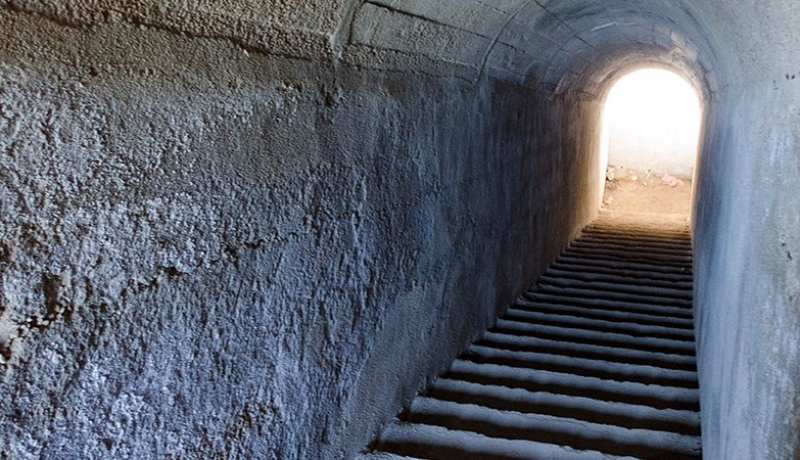 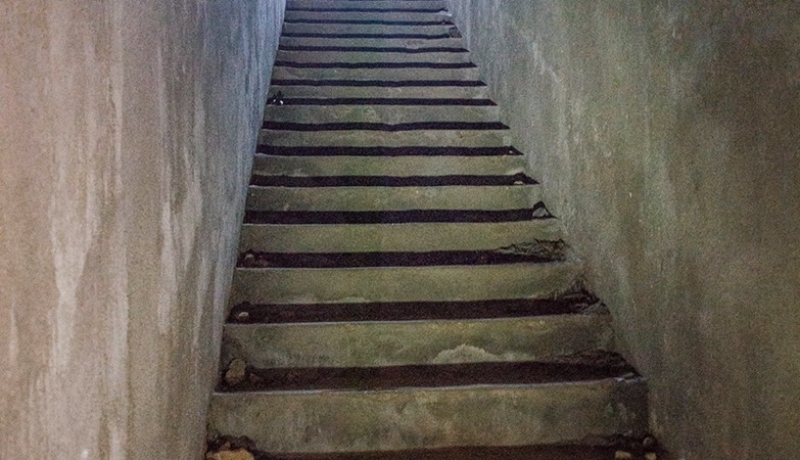 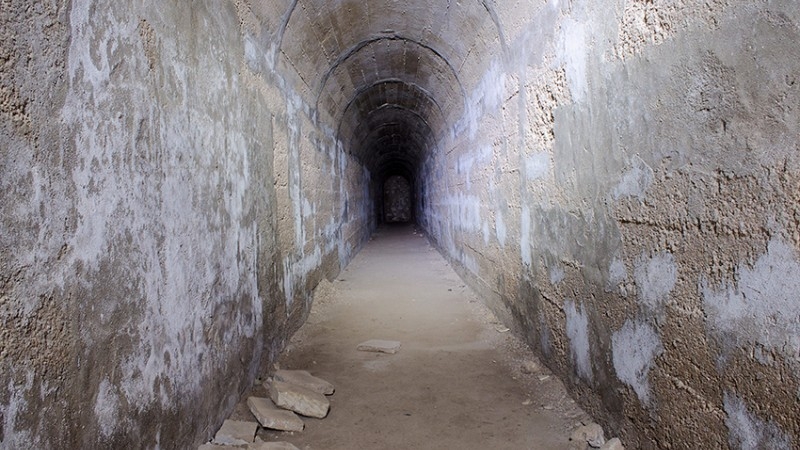 The shelter was one of several structured built to protect the area and could house 200 people. The building is currently well preserved. A labour of 40 people from surrounding localities assisted with its the construction. It is located southeast from the parish and 30 meters away from the airdrome runway. The building weighs 1000 kg and was excavated 13,80 metres deep. Its gallery is covered with a 20 cm layer of concrete and is 70 meters long. The building is over private grounds and after its military use was resumed, private owners returned to use the land. Some inscriptions made by some of the workers helping during the construction are still visible in the building together with some marks related to later uses. Documents preserved by the Air Force Archive inform us of the existence of at least ten other shelters distributed around the airdrome which is still in the memory of neighbours. However, these buildings were quite precarious and only able to house maximum 20 people. There is only one shelter currently standing although poorly preserved which is located to the Northeast of the airdrome. The rest were covered by the crops in later date.