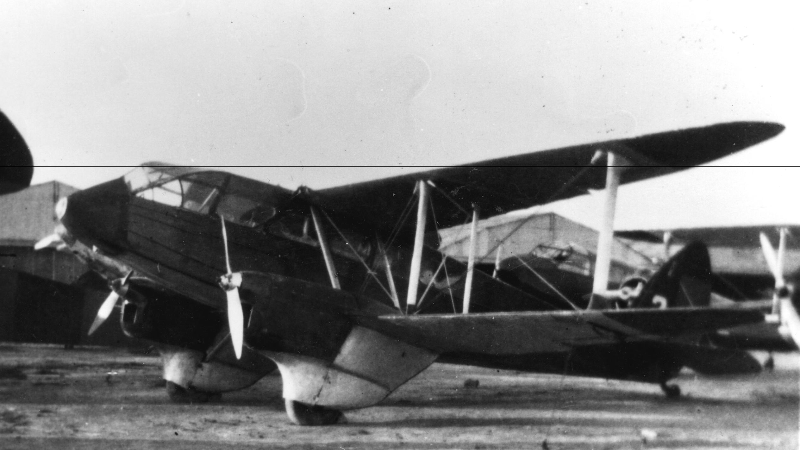 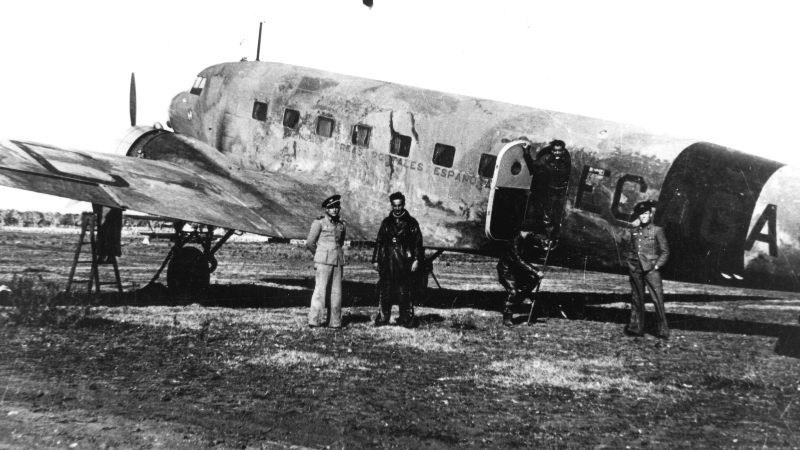 You are finally in front of the old airdrome in El Fondó. On the 6th of March 1939, the last Government of the II Republic left for exile from this parish. The airdrome was strategically located in an important crossing between roads originating in Albacete, Alicante o Valencia on the way to Murcia.

The airdrome was built in the summer of 1937. A group of farmers with the help of mules flattened the terrain when the harvest was finalised facilitating the construction of the airdrome which extended over an area of approximately 1.175.000 m².

During the active phase of the airdrome, El Fondó accommodated the army and improvised a small barracks in a cellar/oil press building. Twelve soldiers who responded to a Sargent and a Lieutenant provided the airdrome and the barracks with supplies and the building was provided with electrical and telephone services. The landlord, Florencio Pérez Hurtado took ownership of the building once the army troops resumed operations.

The main function of the airdrome was to facilitate evacuation operations. On the 6th of March of 1939 the main members of the Communist Party located in Elda “Posicion Dakar” travelled to the airdrome in El Fondó with the objective to take a flight to Orán. According to preserved records, the model of the planes with destination to Orán was the Havilland Dragon Rapide.

Poets Rafael Alberti and María Teresa León, General Cordón, Aerial sub secretary and Colonel Núñez Mazas were on the first ever flight who took off from this airdrome.

The second plane also model Havilland Dragon Rapide destination Orán had on board the main members of the PCE including Dolores Ibárruri “Pasionaria” and her secretary Irene Falcón. The third flight took place during midday. In this occasion the plane was a model Douglas DC-2 of the Spanish Airlines and its destination was Toulouse. People on board of this flight were Juan Negrín, the president of the II Republic accompanied by the Estate Minister Ålvarez del Vayo and several members of the Cabinet. The president left his “Yuste” location in el Poblet de Petrer and travelled through the main street of Monóvar, La Calle Mayor, continuing towards El Fondó. In this way the Government of the II Republic came to an end.

After Negrín flew to Toulouse, the rest of the main members of the PCE left location “Dakar” in Elda and travelled to the airdrome in El Fondó. The last meeting of the PCE took place in the Barracks in El Fondó. Attendees of this meeting were Palmiro Togliatti, Hidalgo de Cisneros, Fernando Claudín, Enrique Líster, Juan Modesto, Luis Delage García, Manuel Delicado, Pedro Checa, Vicente Uribe, Enrique Castro, Ángel Álvarez, Jesús Fusimaña, Manuel Tagueña, Luis Romero, Mateo Merino, Soliva, Ernesto Navarro and several more. It was at this meeting that all agreed to leave Spain before sunrise. Some of them left in two flights from the airdrome, one with destination Toulouse and the other Orán. The rest left El Fondó by road and taking different directions.

It was some time after that El Fondó resumed its rural activities and the airdrome was used only once more in 1954 when an emergency landing took place in the old runway.

The final episodes of the Spanish Civil War greatly influenced the popular memories of the residents of El Fondó. One of the tales details how one of the planes preparing for take off had to abandon due to the heavy load on board. The plane went back at the beginning of the runway, doors opened, and luggage was thrown out to alleviate the load. This anecdote includes the driver of one of the vehicles which brought the passengers to the airdrome who took the luggage and left.

Children were inquisitively looking at what was happening from their homes or hiding, and it is not of surprise that with the passing of time this anecdote took different shapes and colours. It is a pity that there are no official records to document what really happened in the airdrome that day. The legend tells that the luggage taken by the driver contained a considerable amount of money although this part can be difficult to believe.

What we cannot deny is that the end of the Republic greatly influenced the residents in El Fondó.